For this reason, private yacht charter tours received a lot of inquiry from our foreign guests. Marmaris, Bodrum, Gocek and Fethiye, which are among the blue voyage ports, have a very busy season.

Hisaronu Bay, which is among the most preferred routes, has really experienced serious density.

Turkey and the Greek Islands borders closed due to the pandemic. Because of this, all boats remained within their borders. Especially for sea vacationers, it caused more boat density in the bays.

There was a high interest in the WRC rally Marmaris stage, which was successfully realized under pandemic conditions. The rally race, in which 54 cars and 108 athletes and representatives of 22 countries participated, attracted great interest.

Those who want to watch this race from the sea rented private boat.

Do not forget to make an early reservation to watch the WRC stages, where very enjoyable and unforgettable moments are experienced, from the sea next year.

Is it the good time to buying a boat in Turkey during the pandemic due to Covid-19? What impact...

Why Marmaris favorite holiday destination for British Tourists? Marmaris hosts many cultural and...

Traveling is an amazing factor in...

Discover the Carian coast in a... 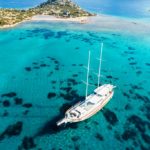 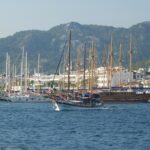 Why Marmaris favorite holiday destination for...